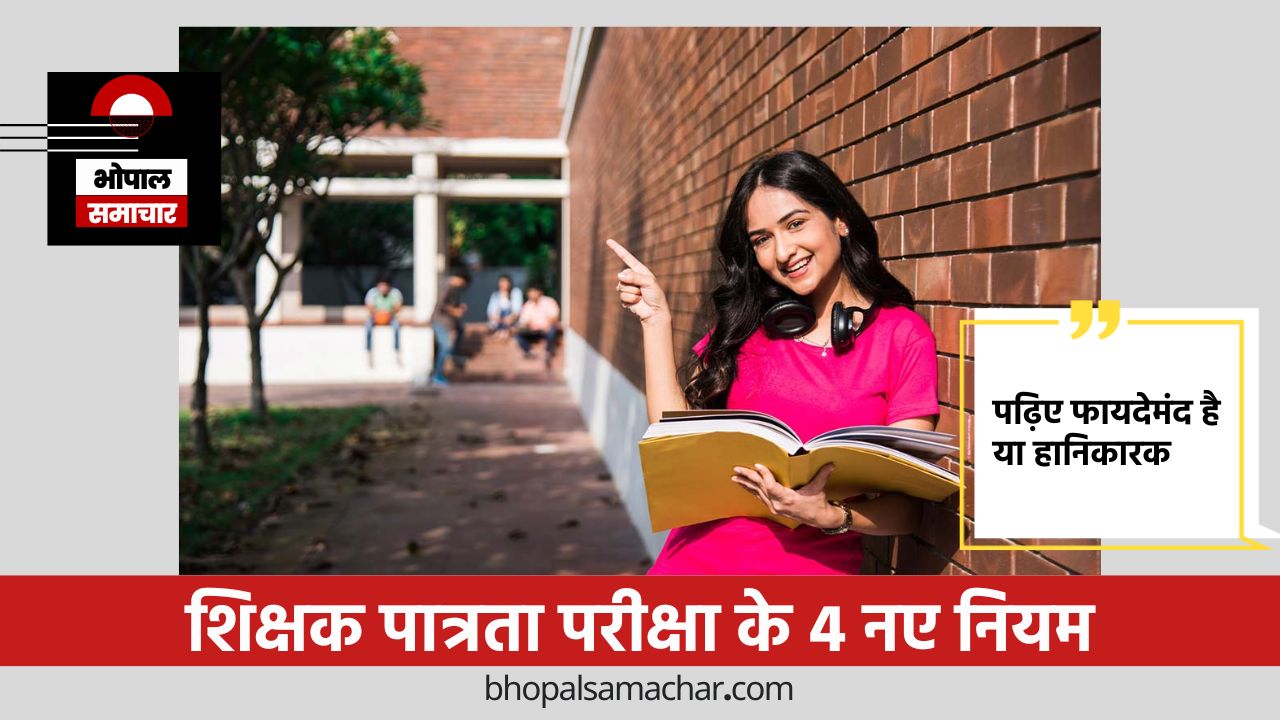 Bhopal, Higher Secondary Teacher Eligibility Test-2023 (MP-HSTET or MPTET VARG-1) has been announced by Staff Selection Board, Bhopal for Directorate of Public Education and Tribal Affairs Department, Government of Madhya Pradesh. There are four such things in its rulebook which have become the main center of discussion. Experts are studying these and after that feedback will come whether the new rules are beneficial for the candidates or not.

1. There will be negative marking in Madhya Pradesh Higher Secondary Teacher Eligibility Test 2023. This is the first time in the history of Madhya Pradesh that the decision of negative marking has been taken in this examination. This point is in the headlines the most. Candidates and teachers running coaching for competitive exams are reviewing it. At present both support and opposition are coming to the fore.

2. In the Madhya Pradesh government, the validity of the Teacher Eligibility Test has been made lifetime. This is a very good thing, once you get the eligibility, you must get a job, but a new rule has been added to it. After passing the eligibility test, one has to pass the recruitment test also. According to this, MPTET has also become a regular course exam after BEd or Deled to become a teacher in Madhya Pradesh.

3. The biggest change is in the pattern of the paper, the weightage of the questions on your subject has been increased in the paper of 150 marks, now the portion of your subject will be of 120 marks and the rest will be of only 30 marks.

4. Candidates studying in the final year of Masters degree or BEd degree are eligible to appear for the eligibility test. That is, along with BEd, you can also give MPTET course exam.

Most Important – TET has been announced, not recruitment exam

5. The most important thing is that at present the Teacher Eligibility Test has been announced. The recruitment exam has not been announced. The Government is not bound to conduct the Recruitment Test immediately after the Teacher Eligibility Test. As mentioned above, MPTET will also be conducted every year like the regular course exam. Because this exam has nothing to do with recruitment.