The complete schedule of CLAT 2023 exam has been released on consortiumofnlus.ac.in. The date from CLAT admit card to result has been given. 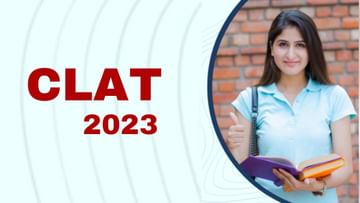 CLAT 2023 Date: The complete schedule of Common Law Admission Test (CLAT 2023) has been released. The Consortium conducting this entrance exam for admission to National Law University has released the detailed timetable on the official website consortiumofnlus.ac.in. in this CLAT Exam From date to admit card, answer key and result has been mentioned. CLAT Exam 2023 will be conducted by NLU Consortium on 18 December 2022.

The admit card for the exam i.e. CLAT Admit Card 2023 is going to be released next week. About 12 days before the exam, on 6th December 2022, the link of CLAT Admit Card will be activated on the website. If you have filled the CLAT form and are waiting for the exam. So you will be able to download the admit card online. For this you will need your CLAT login ID and password.

How will be the CLAT Exam Pattern?

CNLU Exam is being conducted in offline mode. The exam will be taken from 2 pm to 4 pm on the scheduled date. Total 150 questions will be asked. Each question will be of one mark. Negative marking will also be done in CLAT exam. For every wrong answer, 0.25 marks will be deducted, that is, if there are four wrong answers, then one mark will be deducted from the marks obtained from the correct answers.