Under the Chief Minister’s Employment Generation Scheme, two girls got a loan of 50-50 thousand rupees on 40 percent subsidy.

Lalita Mardi, father Naran Mardi and Leela Mardi, father Naran Mardi and Leela Mardi, residents of Tirildih Tola of Barakanjia village, in the ‘Aapki Yojana-Aapki Sarkar-Aapke Dwar’ program organized in Badakanjia Panchayat of Dumariya block, under the Chief Minister’s Employment Generation Scheme (CMEGP) 50- A loan of Rs 50 thousand was sanctioned. On this occasion, both the girls were also given a check of Rs 25 thousand each as the first installment. Expressing happiness on getting the loan, Leela Mardi said that she will become self-sufficient by utilizing the loan amount received on 40 percent subsidy in goat rearing. He told that animal husbandry is a better means of earning money in rural areas, inspired by other people of the village, he had applied for the loan, the benefit of which was received in the panchayat level camp. Lalita Mardi said that due to the absence of any grocery shop in her village, a lot of problems arise, so she will use this loan amount of Rs. 50,000 to open a ration shop. It was told by him that due to financial problems, he was not going ahead with his plan, but now getting the loan will help in opening the shop. Expressing gratitude to Chief Minister Hemant Soren, Potka MLA Sanjib Sardar and the district administration, both the girls said that this scheme is very useful in connecting unemployed people like them with self-employment.*=========== =================* 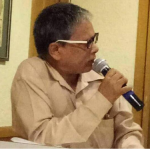