Some posts are going viral on social media, in which it is said that recruitment has been taken for 9500 posts of constable and assistant sub-inspector (ASI) in Railway Protection Force (RPF). 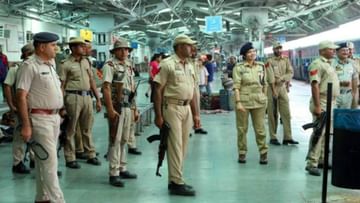 Fake advertisement for recruitment in railways is being circulated.

Youth preparing for government jobs check the government website for information related to recruitment. Apart from this, he is also active on social media platforms. on social media Sarkari Naukri There are many posts related to this, in which there is talk of bumper vacancy. However, most of these posts are fake and this is the reason why many people fall prey to not checking them properly. One such post is going viral on social media, in which a large number of vacancies are being said in the railways.

It is being said in this post that Railway Protection Force (RPF) has recruited 9500 posts of Constable and Assistant Sub-Inspector (ASI). However, this news is completely fake, so all the people are told not to fall prey to this recruitment advertisement.

The Press Information Bureau (PIB) of the Government of India has issued a press release in this regard. It has been told that this news of recruitment in Indian Railways is fake. Information about this has also been given by tweeting from PIB.

What is the whole matter?

PIB’s press release said, “Fake messages are being circulated in social media and newspapers regarding recruitment to 9500 posts of constable and assistant sub-inspector (ASI) in Railway Protection Force (RPF). In such a situation, everyone is informed that no such notification has been issued by RPF or Ministry of Railways on their official websites or through any print or electronic media.

It is being claimed in the news of many news websites that @RPF_INDIA has released the vacancy for 9500 posts of constable and assistant sub inspector. #PIBFactCheck

️ This news is fake


It further said, “It is reiterated that this news is fake and should be ignored by all reputed and responsible media.” Candidates are told that if they see any such news in their timeline, they should ignore it. They can also check the official website of the concerned department to avoid falling prey to any such advertisement.