Under the new policy of the Delhi government, if the students are not able to clear the re-exam, they will have to study again in the same class. 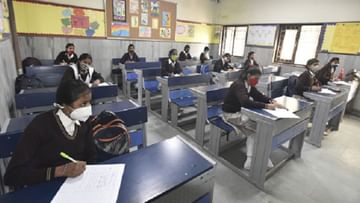 Delhi government has announced a new promotion policy for class 5th and 8th students. It states that if they do not pass the annual examination, they will not be promoted to the next class. These guidelines will be implemented from the next academic year. This decision of the Delhi Government on the Right of Children to Free and Compulsory Education Act 2009 (RTE) in accordance with the 2019 amendment. The amendment to the RTE allows states to determine under what circumstances students can be debarred from promoting them.

As reported by The Hindu, the government said, “As per the new evaluation guidelines of SCERT, if a child fails class 5 and class 8, the child will have to take the re-exam to improve his/her performance within the declaration of the result.” Will get a chance to give. If the students are not able to clear the exam in the second time, then they will have to study again in the same class. Students will be assessed on the basis of mid-term and annual exams as well as co-curricular activities.

Delhi Deputy Chief Minister Manish Sisodia said that keeping in mind the interests of the students, the no-detention policy was brought under the RTE Act. Even if it was a progressive step. But this was harming the future of the students, because the education system could not take advantage of this policy.

To prevent future losses, the government abolished the old policy. Sisodia further said that its aim is to inculcate the same seriousness among the students towards the primary class as it is for the higher class.

To pass in the exam, students have to score at least 33 percent marks in each subject and a minimum of 25 percent marks in mid-term and annual exams. This amendment came into force after careful review of the result and result pattern in Delhi government schools. The 9th class results have been affected for some time now. This was due to the automatic promotion of students from class 8 onwards under the no-detention policy.