The NCRB report 2021 shows that there has been a huge increase in student suicides in 2020 and 2021 during the coronavirus pandemic. 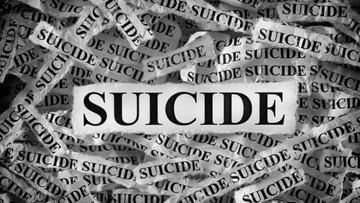 National Crime Records Bureau (NCRBThe latest data from the ) shows that there has been a 4.5 per cent increase in the number of suicide deaths by students in 2021. Maharashtra has the highest number of student deaths due to suicide with 1,834 deaths in 2021. After this comes the number of Madhya Pradesh, where there were 1,308 deaths and then in Tamil Nadu 1,246 deaths. NCRB’s Accidental Deaths and Suicides in India (ADSI) Report 2021 shows that there has been a huge increase in student suicides in 2020 and 2021 during the coronavirus pandemic.

The report shows that the cases of suicide have been increasing continuously in the last five years. In 2020, 12,526 students died by suicide, while in 2021 this number increased to 13,089. Student suicides accounted for 7.40 per cent to 7.60 per cent of total suicides in the country between 2017 and 2019, respectively. It increased to 8.20 percent in 2020 and saw a slight decline in 2021, when it came down to 8 percent. However, the report did not give details of the specific causes of death by suicide of the students.

So many people lost their lives because of failing in exams.

The NCRB report said that out of 10,732 youths under the age of 18 who lost their lives due to suicide, 864 were those who took this step due to failure in examinations. In this age group (under 18), the biggest cause of suicide was ‘family problems’. There has been a 32.15 per cent increase in student suicide deaths since 2017. The total number of student suicides in 2017 was 9,905.

Only 4.6% graduate who commit suicide


According to the NCRB report, around 11 per cent of the victims were illiterate, while 15.8 per cent of them had studied only up to the primary level. The report shows that there has been an increase in the number of suicide deaths in India. The death toll by suicide in 2021 has been 1,64,033.