The National Medical Commission (NMC) has given permission to reopen the Government Medical College in Idukki district of Kerala. 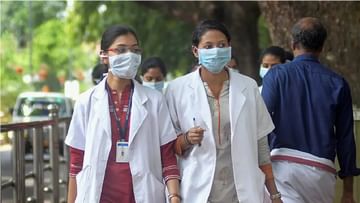 Till now the result of NEET 2022 has not been released. But students have already started preparations for counseling and admission. meanwhile NEET Result 2022 The students waiting for the exam have got great news. In fact, the National Medical Commission (NMC) has given permission to reopen the Government Medical College in Idukki district of Kerala. There are 100 medical seats in this college, on which admission will be given this year. There was a long-standing demand to reopen this college located in the High Range district of Kerala.

The state government says that all necessary procedures will be followed as soon as possible. Necessary steps will be taken to start classes this year. The Kerala government was adamant on its demand for this medical for a long time. Actually, Idukki Medical College started its work during the era of the previous Congress-UDF government. However, the year 2016 brought a big setback for the medical college, as it lost the recognition of the then Medical Council of India (MCI) in the same year.

Students were transferred to another medical college

In fact, the recognition of the medical college ended because it did not have adequate facilities including the number of beds, academic block, staff and facilities for students and employees. Health Minister Veena George said that the LDF government transferred the medical students studying here to other medical colleges so that they could continue their studies. The ruling LDF has now managed to gain recognition again through collective effort and careful planning. In this way, now the country has got 100 more medical seats.


Earlier, admission was done on 50 seats only.

The media was informed about the re-accreditation by NMC. During this, Health Minister Veena George told that the state government has made arrangements for all the necessary facilities. He said that adequate staff have been appointed. Also IP (in-patient) services have been started after completing the construction of the new building. The minister said, ‘It is a big achievement that approval has been given for admission to 100 seats. Earlier, only 50 students were given admission. He said that in the coming time, advanced facilities will be brought in the medical college.