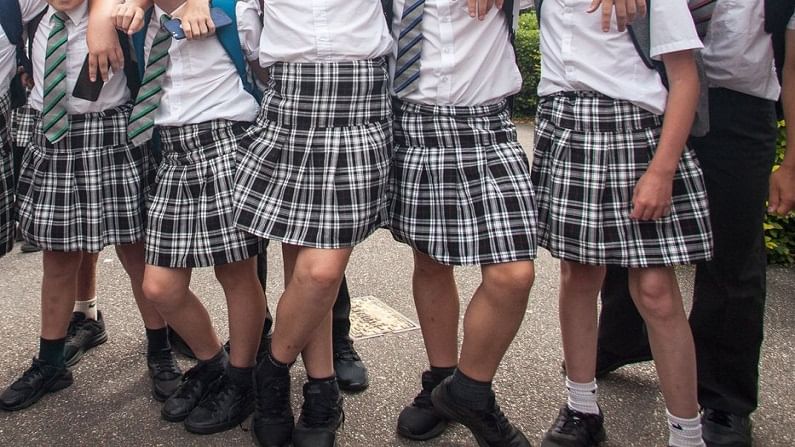 Boys can wear skirts in school.

UK School Uniform Rules: School head Jonathan Rocky says a “gender neutral dress code” is being tried. All students will have the option of wearing a gray school skirt or gray school trousers.

UK New School Uniform Policy: Strange rules have been prepared regarding school uniforms in Wyndham High Academy, a well-known school in Britain. This UK school has said that boys can wear skirts but not shorts in hot weather. School head Jonathan Rocky says a “gender neutral dress code” is being tried. All students will have the option of wearing a gray school skirt or gray school trousers. Also said, ‘It is not in the interest of our children to wear more clothes and be too hot in summer. At the same time, parents of many students wore school uniforms. (School Uniform) This rule has been criticized.

School head Jonathan Rocky said, “The school will not listen to parents who have clearly voiced this matter.” I believe this is a health and safety issue. Also, Rocky said that the mandatory requirement for all students to wear blazers throughout the year has already been relaxed.

The parents of the children have expressed their displeasure over this decision of the school. Parents say that offering skirts as an option is not gender neutral. Giving both boys and girls the option of skirts or shorts would be gender neutral. ‘The skirt is an item of clothing traditionally associated with girls, although it is perfectly fine for a boy to wear a skirt, many boys and girls may feel uncomfortable about it and would prefer to wear shorts.’

The decision was taken a few years ago

This school is one of the most expensive schools in the UK. Here boys and girls study together. The head of the school had said a few years ago that if a boy expressed his desire to wear a skirt, he would be allowed to do so. According to a report, earlier also this school has taken such steps to eliminate gender disparity. This school first used the word ‘pupil’ instead of student. At that time also this school had come into the limelight.