Ashoknagar The OBC General Assembly has demanded the cancellation of the result of the MP Public Service Commission Preliminary Examination 2019. Also said that the MP Reservation Act and Supreme Court orders have been disregarded in this examination. For this, the General Assembly has taken out a rally in the city and submitted a memorandum to the Governor, Chief Minister and Chief Secretary. 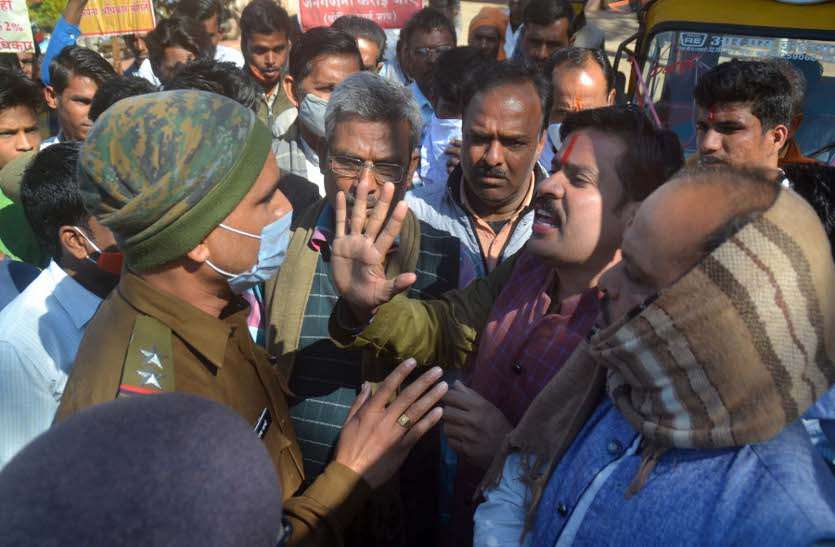 On Wednesday, the OBC General Assembly MP said in its memorandum that the amendment in Madhya Pradesh State Recruitment Services Rules 2015 on 17 February 2020 and the result of the MP Public Service Commission Preliminary Examination 2019 be canceled. Because according to the State Service Examination Rules, in the various examinations conducted by the MP Public Service Commission, the list of unreserved class was prepared in the preliminary examination, main examination and final selection at each level. This provided for the adjustment of reserved category candidates who have not availed exemption or benefits. But the rules have been amended to make adjustments at the time of final selection. Which is in violation of the Reservation Act and Supreme Court orders. Also said that the cut-off of OBC class in the preliminary examinations is coming more than the unreserved class, due to this, the OBC candidates with more marks than the unreserved class will not be able to appear in the main examination and interview.

Police stopped nine things
When the OBC General Assembly reached the rally, the police stopped at the collectorate gate. Due to this, State General Secretary Brijendrasinh got a shock from the police. At the same time, he himself pulled the loudspeaker-mounted auto to the main gate of the collectorate. Where memorandum given.

Lift Irrigation Project: Farmers plead with collector, postpone award order passed
Ashoknagar The Collector has passed awards for acquiring land of four villages for the construction of six km open canal in lift irrigation project. Due to this, farmers have written a letter to the collector requesting that the award order passed for land acquisition be postponed. So that the lands can be saved. Even after not being included in the project, a 6 km open canal is being built in four villages of Chanderi. For this, the collector passed the awards on December 28 to acquire the land of farmers of Kunwarpur, Muradpur, Khanpur and Chak Khanpur. The farmers of the four villages on Wednesday submitted the memorandum to the Collector to the SDM. It demanded that the award order to save the lands of farmers be postponed.