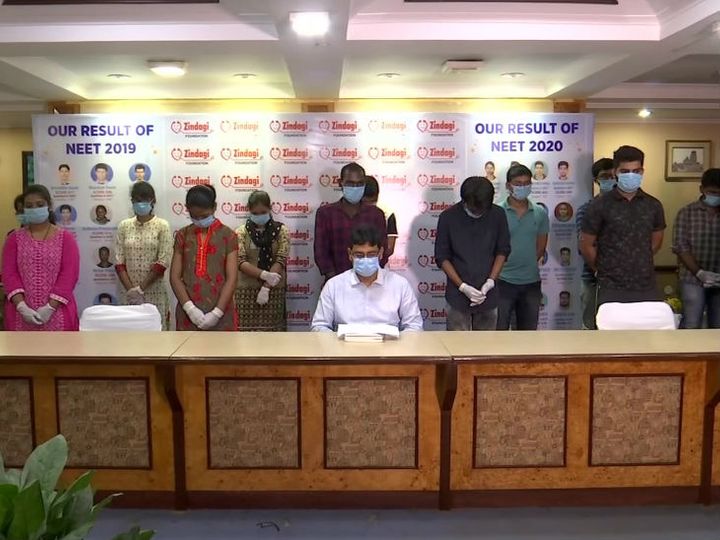 Ajay Bahadur, who lives in Bhubaneswar, Odisha, also once dreamed of becoming a doctor. But due to lack of money, his dream remained incomplete. In such a situation, Ajay started coaching free needy children who want to become doctors. The Ajay Zindagi Foundation, called Anand Kumar of NEET, runs an organization. This institution provides free education to poor and needy children. This year, all 19 children of the foundation have been selected in NEET. Earlier in 2018 also 18 out of 20 and 14 candidates in 2019 qualified the exam.

My father was ill & we could not afford the medicines needed for his treatment so I odd jobs & couldn’t pursue my medical studies. Now I will try increasing students in the foundation by getting more deserving aspirants from other states: Ajay B Singh, Founder, Zindagi Foundation https://t.co/PGT66R95sK pic.twitter.com/i4IFMlrdll

Inspired by the joy of Super-30

Ajay says that even though I could not become a doctor, but seeing him becoming a doctor seems like my dream is being fulfilled. I do not want any promising like me to become a doctor just because of lack of money. My efforts will continue so that no child is left behind due to lack of resources. He told that he was very inspired by Anand ji of Super-30.

Odisha: All 19 students of a Bhubaneshwar-based foundation, which teaches underprivileged medical aspirants, clear the NEET exam

“My father’s a small farmer. I came here to study during lockdown & my accommodation, food expenses were taken care of. I am thankful,” says a student pic.twitter.com/jhjyJhXPm9

Three years ago he was returning to see Jagannathji. Then she caught sight of a girl selling flowers, who made her garland and set her eyes on books. This student of class 12 was named Dimple Sahu, who wanted to become a doctor. But it was very difficult to live through the father’s shop, in such a situation, doctor’s studies could hardly be completed. I could not sleep for three nights listening to that girl. On the fourth day I met the child and her father and thus prepared the first batch with her.

Worker’s daughter will become a doctor

Khirodini of Angul district, who was successful this year in Zindagi Foundation, scored 657 marks. His father works as a laborer. At the same time, Satyajit Sahu scored 619, whose father sells vegetables from bicycle to house. Subhendu Parida, who runs the Idli-Bada pact with parents, scored 609 and Nivedita, daughter of Vasudev Panda, who runs a paan shop, scored 591.