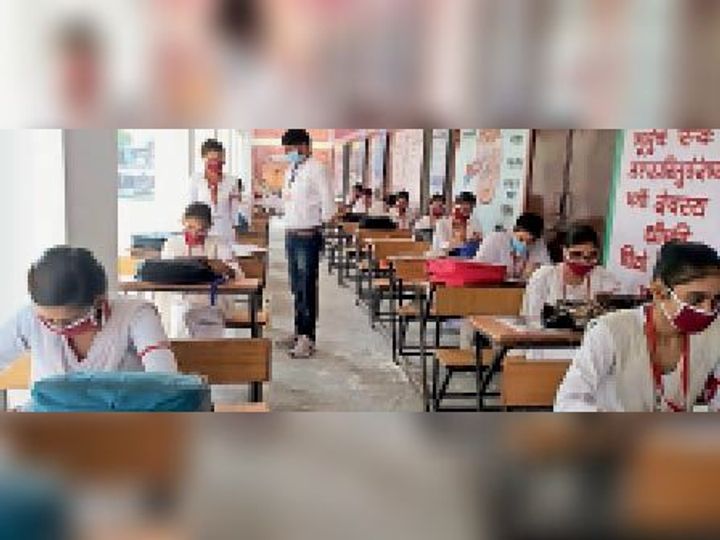 Due to Corona, for the first time, online and offline examinations are being conducted in colleges sitting at home. The results of the colleges examinations will come soon this time. For this, during the examination conducted by the college, the answerbook of the students is being given for checking through e-mail as per the subject.

Answerbook of students is being checked online by the professors. After which the professor will submit the list of results of online and offline students to the colleges. The colleges have to keep the record of the exam for six months. Only after the result, UG final year students will be able to enroll in PG classes.

According to the ranking of state colleges, students will be able to apply for admission in the college

How to teach children in Corona: A video shoot from school admission to teaching and improvement

How to open schools in the Corona era. With this, a video was shot for students of 12th standard at Government Model Culture Senior Secondary School, Nigdu, from Saturday. Most of the scenes of the classes were shot on the last day on Sunday.

The children were given admission to classes after being sanitized. The colored ribbon was placed on the children’s shoulders. A mask of the same color was applied. A student was sitting on a bench. Sunday was the first school for the film on holiday. Questions were also asked from teachers, teachers and cleaning staff. Toot will move by foot: DP Dinesh Kumar made a jugaad to run with his foot without putting his hand, so that infection could not spread while washing hands. Principal Dharmapala informed that the 12th grade shooting was completed. 70 children arrived on the first day and 75 on the last day. After coming to school many days later, the faces of the children were blossoming.